This building was designed in 1936 by the architects Dov Carmi and his partner Zvi Barak as an international-style residential building. It was declared as a building for preservation under the restrictions of the conservation plan and is also part of the “White City”, which was declared a World Heritage Site back in 2003. Situated on the corner of Dizengoff and Yosef Eliyahu Street, this building is suspended by pillars and is separated from the street by a veranda that surrounds it. The foyer of the building features a built-up bridge which creates a ceremonial transition from the public to the private, typical of Dov Carmi’s style. 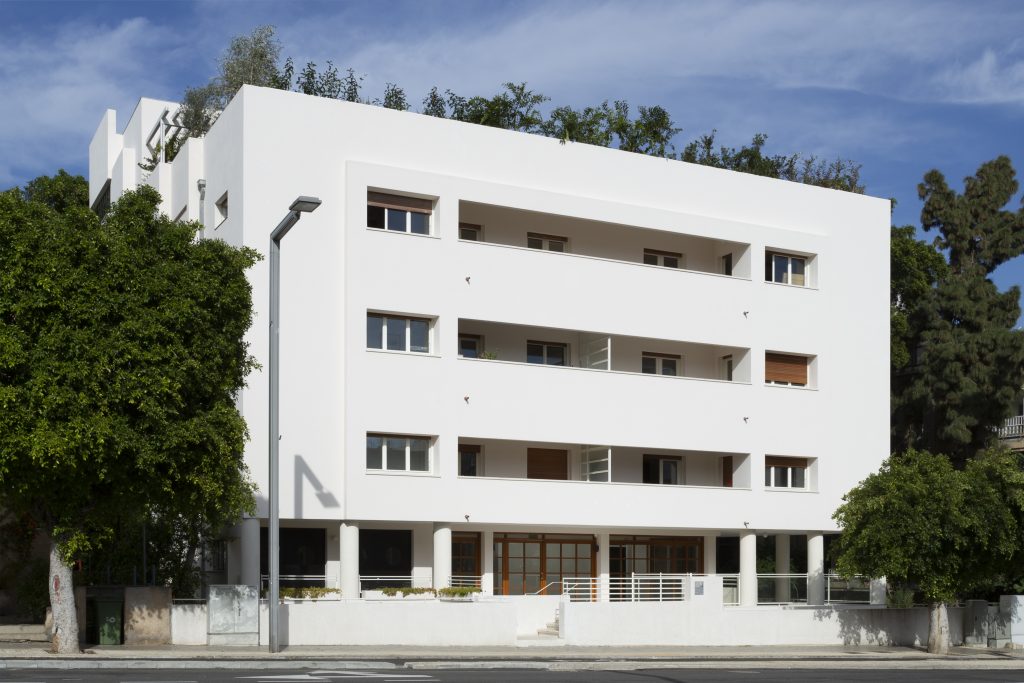